CategoriesDiscussions
Choose the right package every time
Openbase helps you choose packages with reviews, metrics & categories. Learn more
CategoriesLeaderboard
Sign up with GitHub
By signing up, you agree to our terms of service and privacy policy
Log In
What's Openbase?•Help•Send Feedback
gaia
cargo install gaia 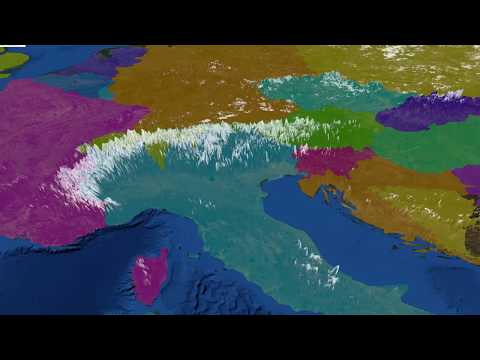 Click the image above to see a video demo and high-level overview of this project.

Gaia, a planet visualizer in Rust

This is a program that lets you view the world. You can scroll up and down and move the camera around. It's written entirely in Rust, using the Piston game engine.

Though currently tightly coupled with the specific use-case of the demo, Gaia is meant to eventually be a game engine for world-map-based applications.

The Eastern Mediterranean Sea, with the bottom of the Italian peninsula on the left, and the Nile Delta at the bottom right.

Eastern Italy and the Balkan states.

How to compile it

Gaia uses publicly-available data to present the world. First, you must download the raw data from NASA and NOAA (these amount to about a gigabyte of data), and then allow Imagemagick to convert these data into the format Gaia requires.

There's a script that does this for you. First, make sure you have Imagemagick's convert available, and then run:

From the directory this README is in.

You'll also need to provide a vector polygon dataset. This step hasn't been automated. The demos use the administrative map of the world from Natural Earth. You'll need to convert the Shapefile into GeoJSON using a tool like ogr2ogr. I haven't automated this step because the Natural Earth dataset is not what I ultimately intend to use Gaia for.

Once that's done, you can run the usual Cargo command: (be sure to use the release mode)

After a few seconds of compilation and texture-loading, our beautiful planet should appear before you.