CategoriesDiscussions
Choose the right package every time
Openbase helps you choose packages with reviews, metrics & categories. Learn more
CategoriesLeaderboard
Sign up with GitHub
By signing up, you agree to our terms of service and privacy policy
Log In
What's Openbase?•Help•Send Feedback
clit-rs
cargo install clit-rs 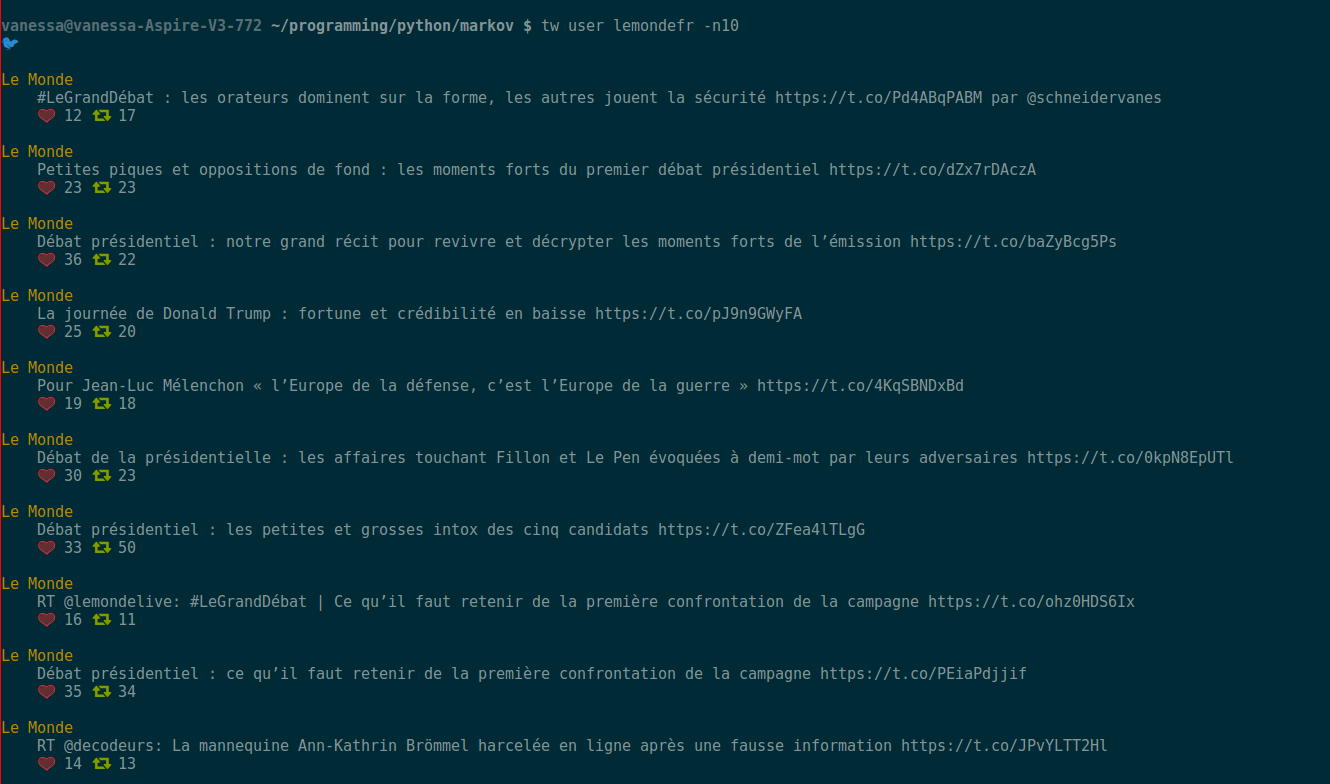 The rust version of this tool is somewhat faster than its haskell counterpart, but the haskell one has a few more features.

Reasons not to use clit-rs:

Then place your API keys and OAuth tokens in a file (default is $HOME/.cred), separated by a line break:

Note that the labels must in the correct order, and separated from the keys with whitespace.

If you're on Linux/Windows the best way is probably to download the binaries from the releases page here.

To get your profile, simply type:

If you have any problems along the way:

You can also use

to view your own timeline.

clit-rs respects the CLICOLOR behavior defined here. If you wish to disable colorization,

A library is included. It's fairly easy to use once you have the credentials set up, with three functions: one to post a status, one to get your timeline, and one to get a user profile.

There is a haskell version of this, with a binary and a library, available here. The haskell library is more complete.