CategoriesDiscussions
Choose the right package every time
Openbase helps you choose packages with reviews, metrics & categories. Learn more
CategoriesLeaderboard
Sign up with GitHub
By signing up, you agree to our terms of service and privacy policy
Log In
What's Openbase?•Help•Send Feedback
chacha20
cargo install chacha20 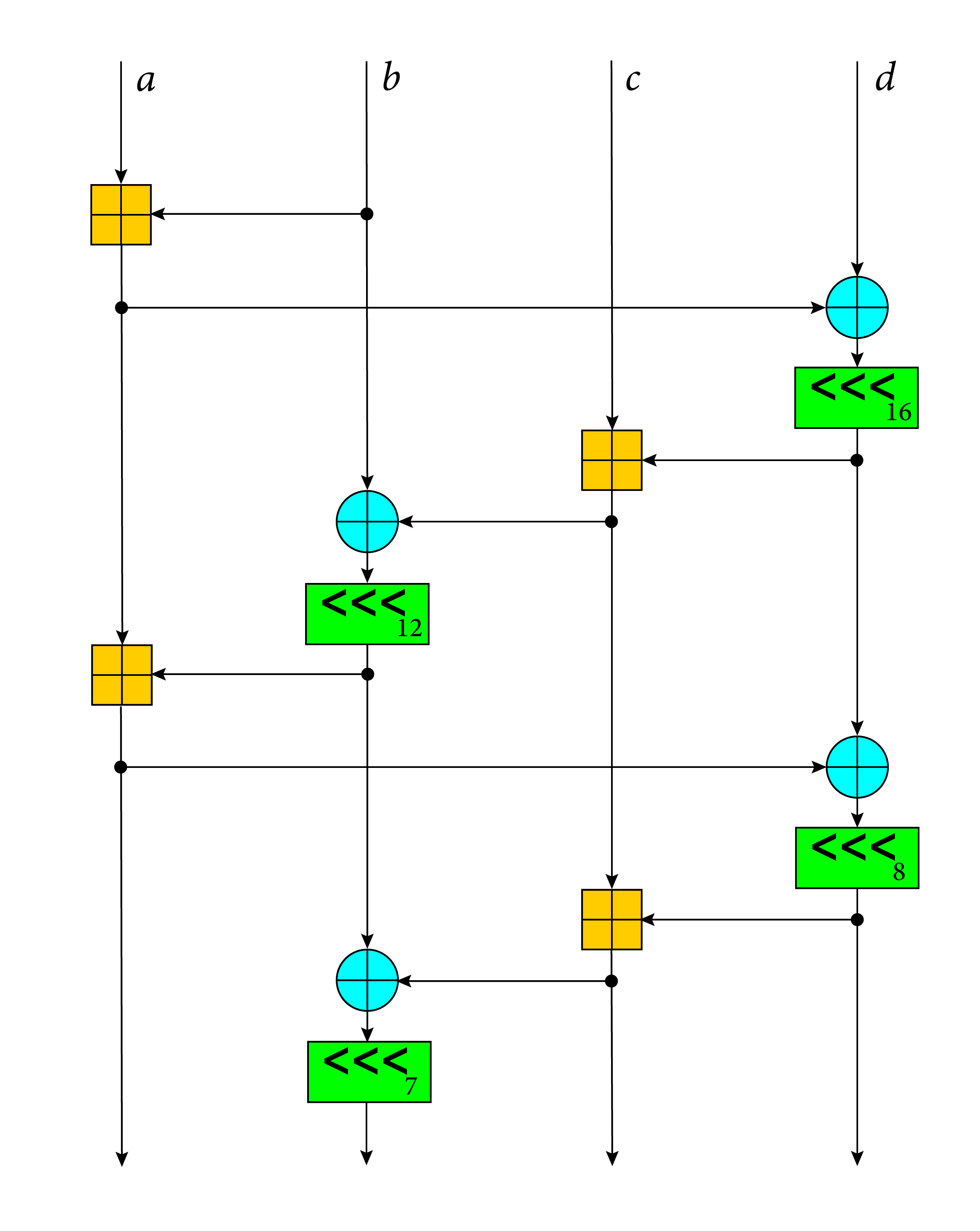 ChaCha20 is a stream cipher which is designed to support high-performance software implementations.

It improves upon the previous Salsa20 stream cipher with increased per-round diffusion at no cost to performance.

This crate also contains an implementation of XChaCha20: a variant of ChaCha20 with an extended 192-bit (24-byte) nonce, gated under the xchacha20 Cargo feature (on-by-default).

This crate does not ensure ciphertexts are authentic (i.e. by using a MAC to verify ciphertext integrity), which can lead to serious vulnerabilities if used incorrectly!

To avoid this, use an AEAD mode based on ChaCha20, i.e. ChaCha20Poly1305. See the RustCrypto/AEADs repository for more information.

USE AT YOUR OWN RISK!

This crate has received one security audit by NCC Group, with no significant findings. We would like to thank MobileCoin for funding the audit.

All implementations contained in the crate (along with the underlying ChaCha20 stream cipher itself) are designed to execute in constant time.

Minimum supported Rust version can be changed in the future, but it will be done with a minor version bump.

Unless you explicitly state otherwise, any contribution intentionally submitted for inclusion in the work by you, as defined in the Apache-2.0 license, shall be dual licensed as above, without any additional terms or conditions.