Verovio is written in standard 2017 C++ and can be compiled as a standalone command-line tool, used as a compiled music-rendering library for applications (Qt, python), or compiled into Javascript using the Emscripten LLVM-to-JavaScript compiler. Check out the JavaScript toolkit version of verovio running in the MEI Viewer as well as the app or tutorials for web integration and user interaction.

Verovio uses the Standard Music Font Layout (SMuFL) specification and the font can be changed for personalizing the output.

The project page is https://www.verovio.org. Verovio is available under the LGPL license (see COPYING and COPYING.LESSER).

Building and use instructions by environment

The code for the attribute classes of Verovio are generated from the MEI schema using a modified version of LibMEI available here. The code generated is included in the Verovio repository and the LibMEI repository does not need to be cloned for building Verovio.

From Verovio 2.x.x, the plan is to have even version numbers for Verovio releases using a stable version of MEI, and odd version numbers for releases using a development version of MEI. It means that once MEI 5.0 will be released, Verovio will move to version 4.x.x. Older versions of MEI are still supported by newer versions of Verovio. MEI files are internally upgraded when loaded into Verovio. This applies only to the features supported by Verovio. We will try to maintain this in the future.

The following libraries are embedded in Verovio:

The sample page of music shown below was generated with version 2.4.0-dev-2748fed 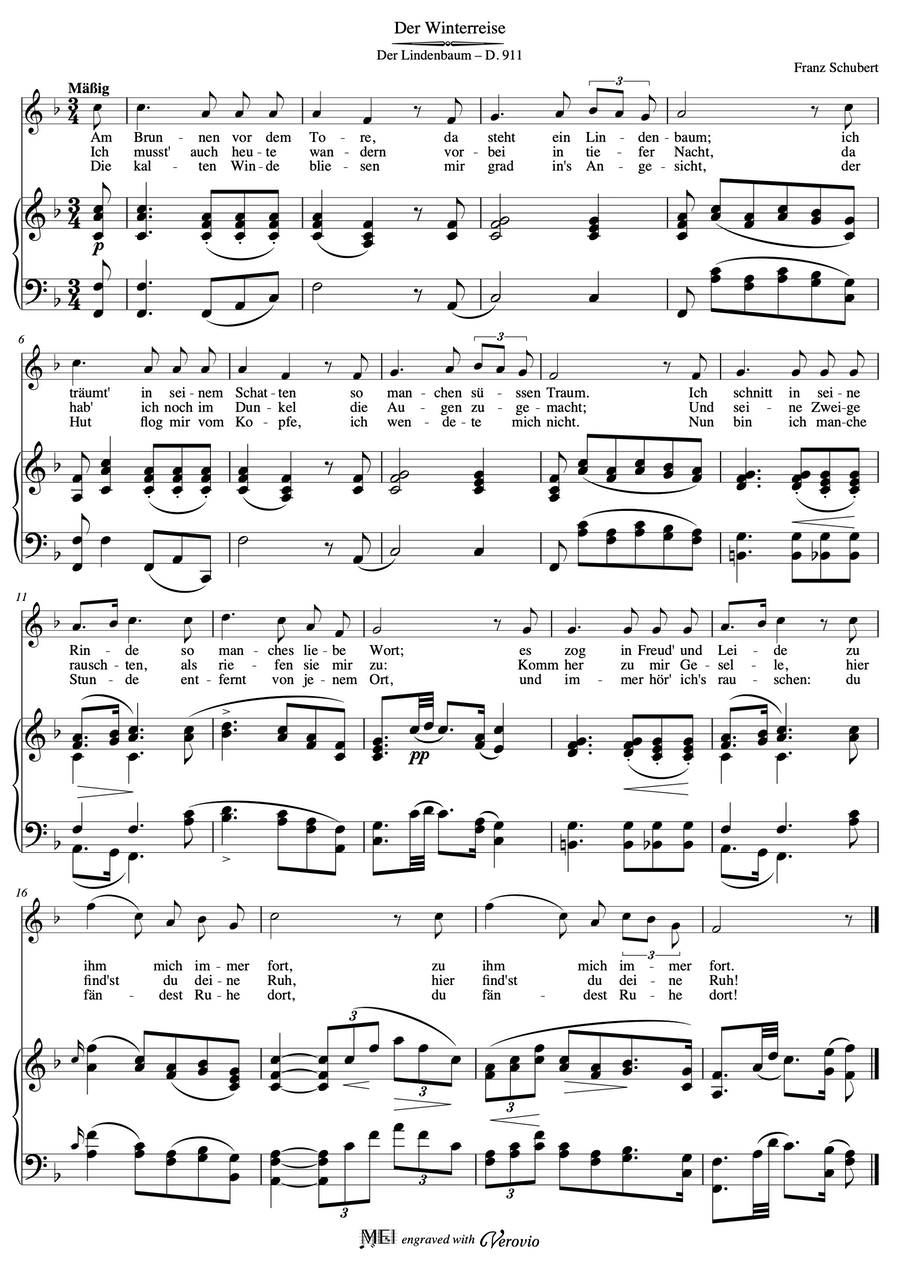 Here is a list of digital score repositories on Github that can be displayed with verovio: