A simple framework for experimenting with Reinforcement Learning in Python.

A simple framework for experimenting with Reinforcement Learning in Python.

There are loads of other great libraries out there for RL. The aim of this one is twofold:

A brief tutorial for a slightly earlier version is available here. As of version 0.77, the library should work with both Python 2 and Python 3. Please let me know if you find that is not the case!

simplerl requires numpy and matplotlib. Some MDPs have visuals, too, which requires pygame. Also includes support for hooking into any of the Open AI Gym environments. The library comes along with basic test script, contained in the _tests directory. I suggest running it and making sure all tests pass when you install the library.

The easiest way to install is with pip. Just run:

If you use simple_rl in your research, please cite the workshop paper as follows:

I just added a new feature I'm quite excited about: easy reproduction of results. Every experiment run now outputs a file "fullexperiment.txt" in the _results/exp_name/ directory. The new function reproduce_from_exp_file(file_name), when pointed at an experiment directory, will reassemble and rerun an entire experiment based on this file. The goal here is to encourage simple tracking of experiments and enable quick result-reproduction. It only works with MDPs though -- it does not yet work with OOMDPs, POMDPs, or MarkovGames (I'd be delighted if someone wants to make it work, though!).

See the second example below for a quick sense of how to use this feature.

Some examples showcasing basic functionality are included in the examples directory.

To run a simple experiment, import the run_agents_on_mdp(agent_list, mdp) method from simple_rl.run_experiments and call it with some agents for a given MDP. For example:

Running the above code will run Q-learning on a simple GridWorld. When it finishes it stores the results in cur_dir/results/* and makes and opens the following plot: 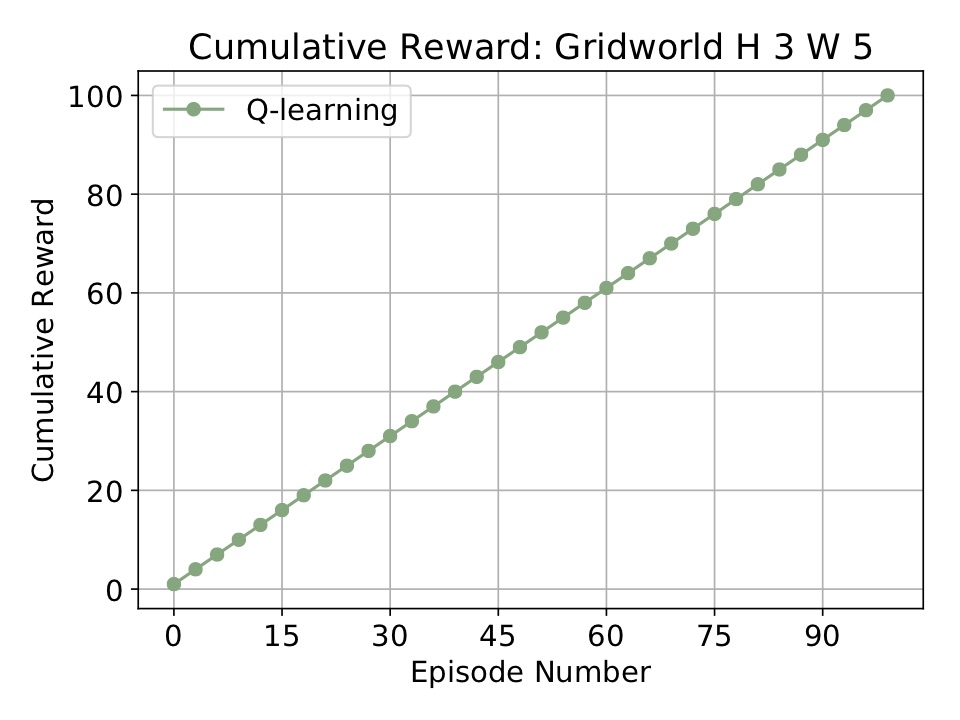 For a slightly more complicated example, take a look at the code of simple_example.py. Here we run two agents on the grid world from the Russell-Norvig AI textbook:

The above code will generate the following plot: 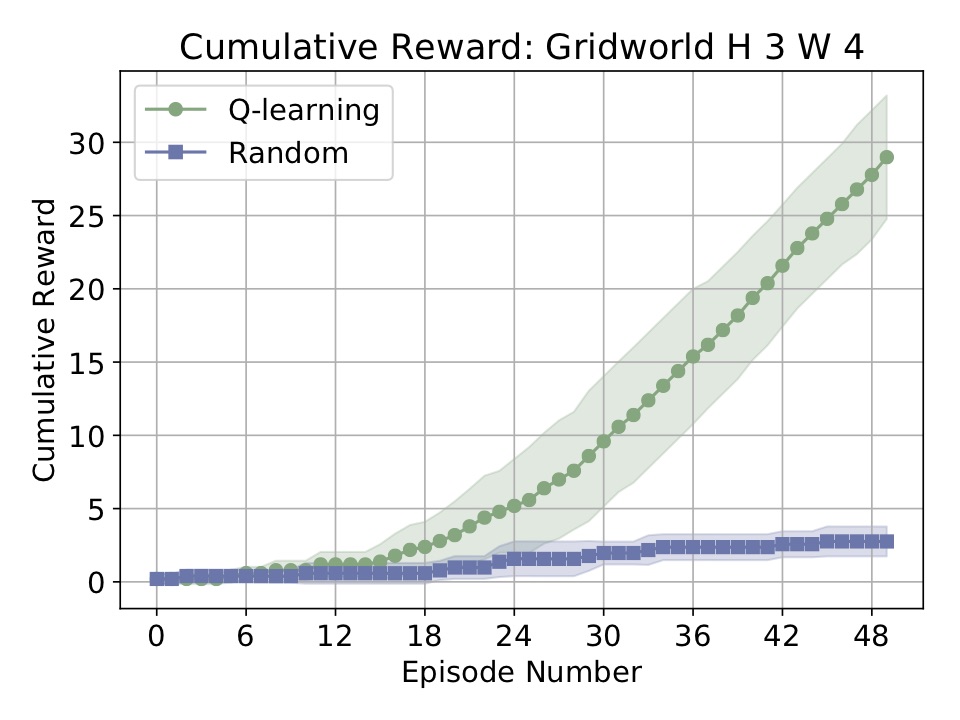 To showcase the new reproducibility feature, suppose we now wanted to reproduce the above experiment. We just do the following:

Which will rerun the entire experiment, based on a file created and populated behind the scenes. Then, we should get the following plot: 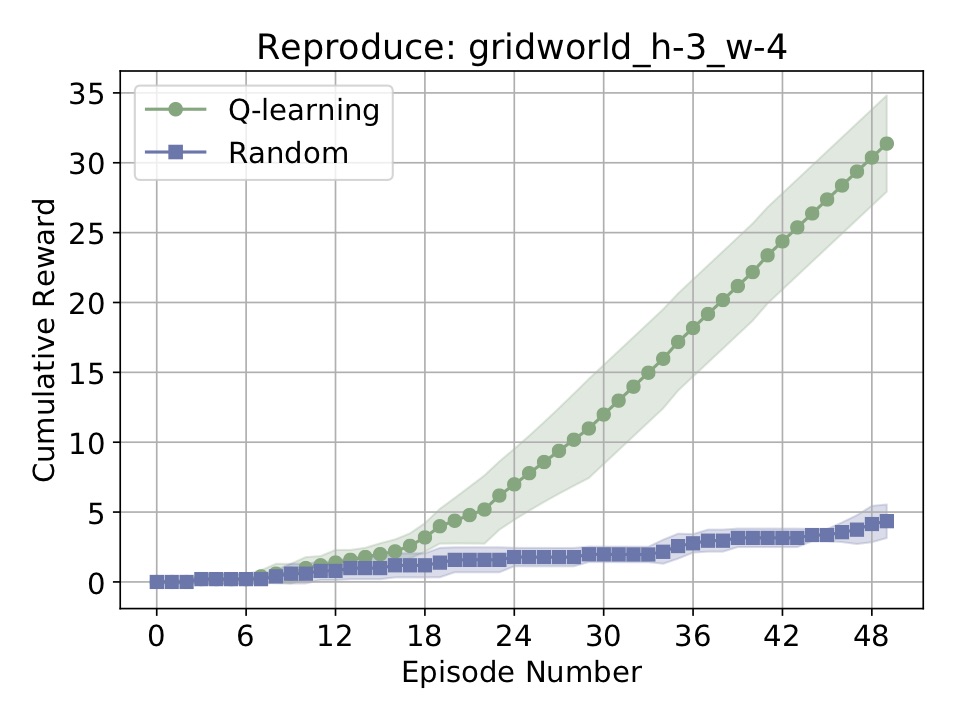 Easy! This is a new feature, so there may be bugs -- just let me know as things come up. It's only supposed to work for MDPs, not POMDPs/OOMDPs/MarkovGameMDPs (so far). Take a look at reproduce_example.py for a bit more detail.

If you'd like to contribute: that's great! Take a look at some of the needed improvements below: I'd love for folks to work on those items. Please see the contribution guidelines. Email me with any questions.

Make an MDP subclass, which needs:

Make an Agent subclass, which requires: