CategoriesNews FeedCompare
Choose the right package every time
Openbase helps you choose packages with reviews, metrics & categories. Learn more
CategoriesCompare Packages
Sign up with GitHub
By signing up, you agree to our terms of service and privacy policy
Log In
What's Openbase?•Help•Send Feedback
nichtparasoup
pypi i nichtparasoup

nichtparasoup is a web-based hackspaces entertainment system. It continuously displays random images from Reddit & Pr0gramm in your web-browser. Image sources are highly customizable.

nichtparasoup is a hackspaces entertainment system. It randomly displays images from instagram, pr0gramm and reddit.
Other crawlers are currently removed, but will be back soon.

If you find an ImageCrawler for your favourite ImageBoard missing, feel free to write an own ImageCrawler therefore.
Contribute it to the nichtparasoup project or write it as an independent plugin :-)

At our hackspace k4cg we use it since years now.
It turns out to be a very non-invasive way of entertaining a crowd of nerds without having the noise and interruptions of videos or other stuff.

Here is what it looks like in your browser 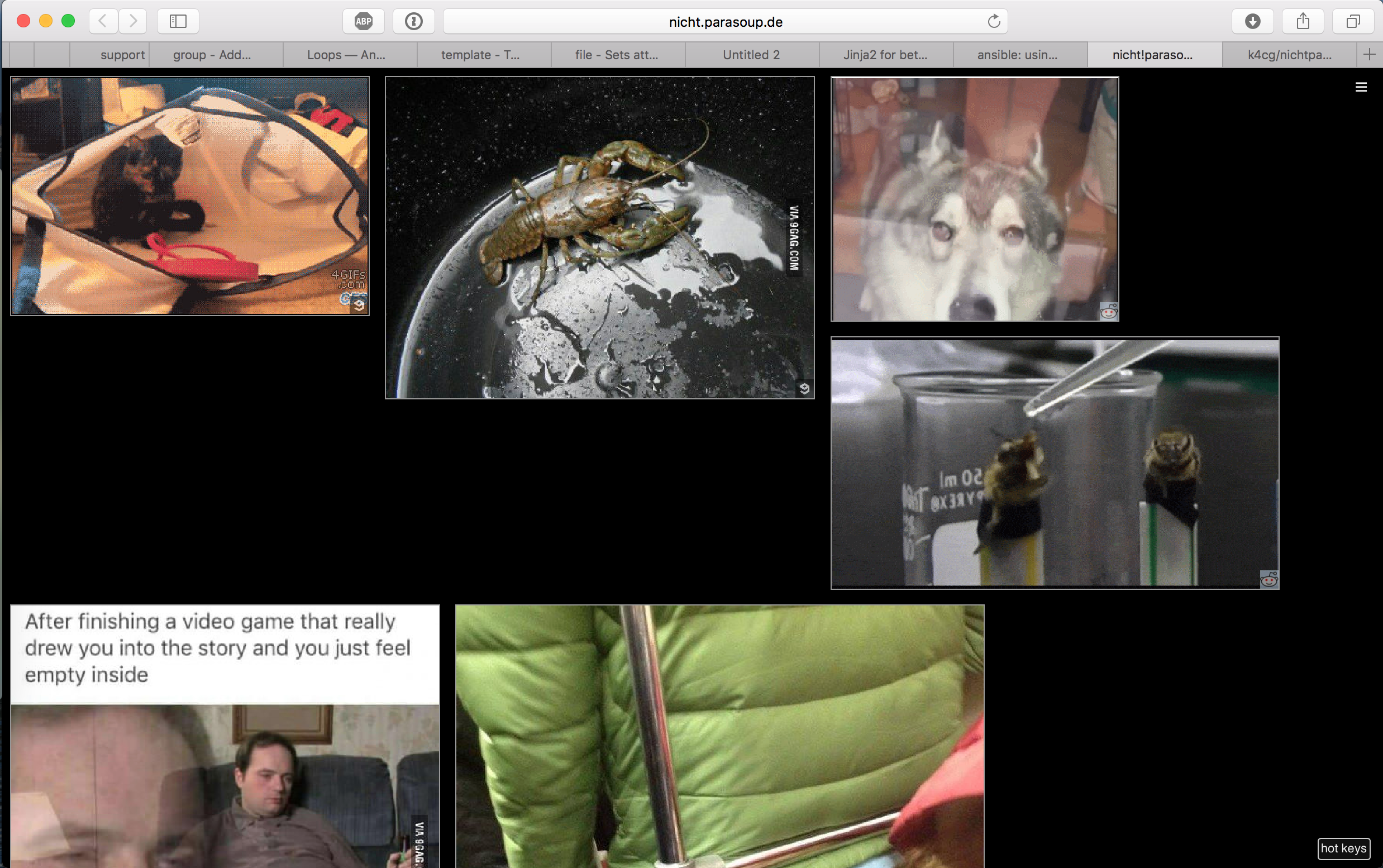 and even better, on a video projector in your local hackspace! 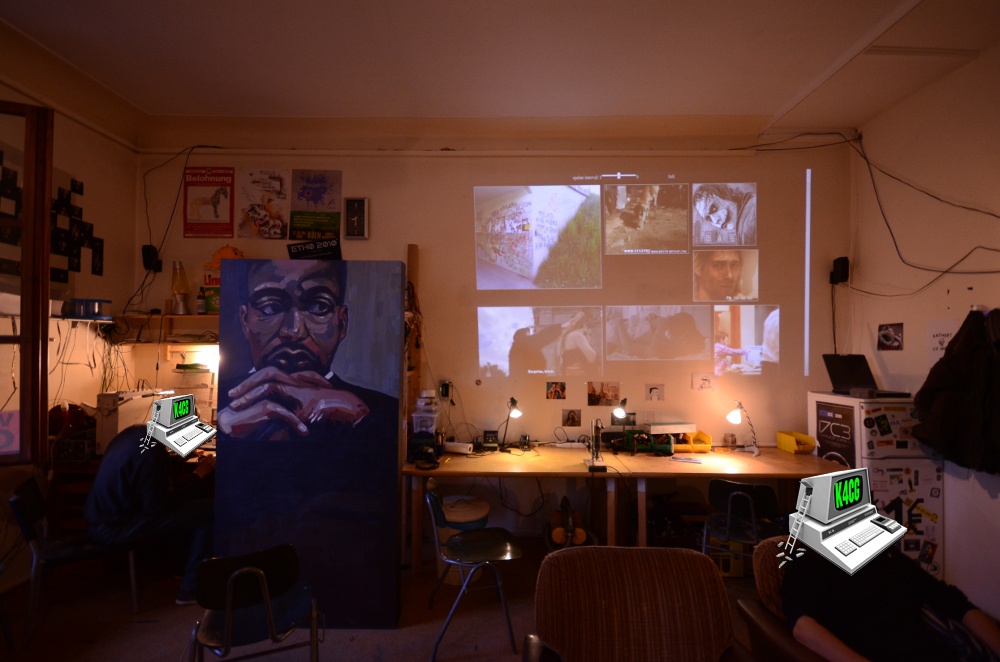 Images are crawled from multiple public pre-configured sources.
No image is actually downloaded, just the URL to images are gathered. Found images are kept in a list, also it is assured that the same URL is never gathered twice.

To display the crawled images, nichtparasoup starts a web-server display a web UI.
The web UI fetches a random image URL from the nichtparasoup server one by one.

The web UI will load new images continuously, unless one of the following events happen:

Every time nichtparasoup serves an image URL it also removes it from its list. This means an image URL is served only once - unless the server was reset. (This might change in the future)

Visit nicht.parasoup.de/demo/ to try it!