CategoriesNews FeedCompare
Choose the right package every time
Openbase helps you choose packages with reviews, metrics & categories. Learn more
CategoriesCompare Packages
Sign up with GitHub
By signing up, you agree to our terms of service and privacy policy
Log In
What's Openbase?•Help•Send Feedback
kivy-garden.xcamera
pypi i kivy-garden.xcamera

XCamera is a widget which extends the standard Kivy Camera widget with more functionality. In particular: 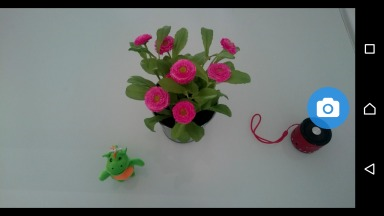 xcamera is available on PyPI. Therefore it can be installed via pip.

Once installed, the demo should be available in your PATH and can be ran from the command line.

And the widget can be imported via:

A full working demo is available in src/kivy_garden/xcamera/main.py. You can run it via:

To play with the project, install system dependencies and Python requirements using the Makefile.

Then verify everything is OK by running tests.

If you're familiar with Docker, the project can also run in a fully isolated container. First build the image.

Then you can run tests within the container.

Or the application itself.