The kaleido package can be installed from PyPI using pip...

or from conda-forge using conda.

Releases of the core kaleido C++ executable are attached as assets to GitHub releases at https://github.com/plotly/Kaleido/releases.

Use Kaleido to export plotly.py figures as static images

Versions 4.9 and above of the Plotly Python library will automatically use kaleido for static image export when kaleido is installed. For example:

Then, open figure.png in the current working directory. 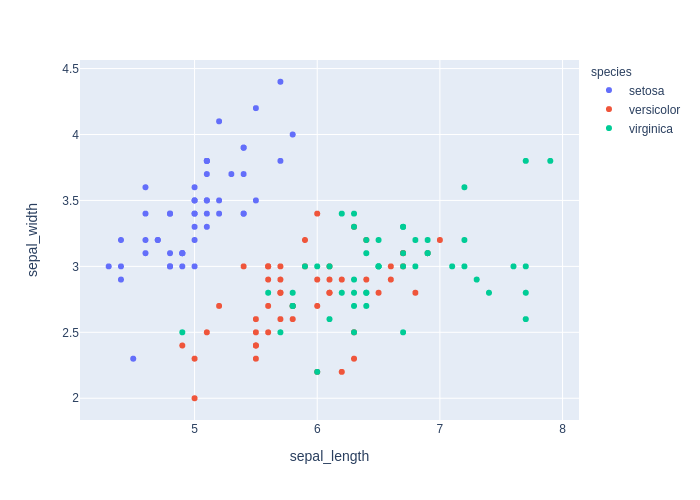 The kaleido Python package provides a low-level Python API that is designed to be used by high-level plotting libraries like Plotly. Here is an example of exporting a Plotly figure using the low-level Kaleido API:

Then, open figure.png in the current working directory. 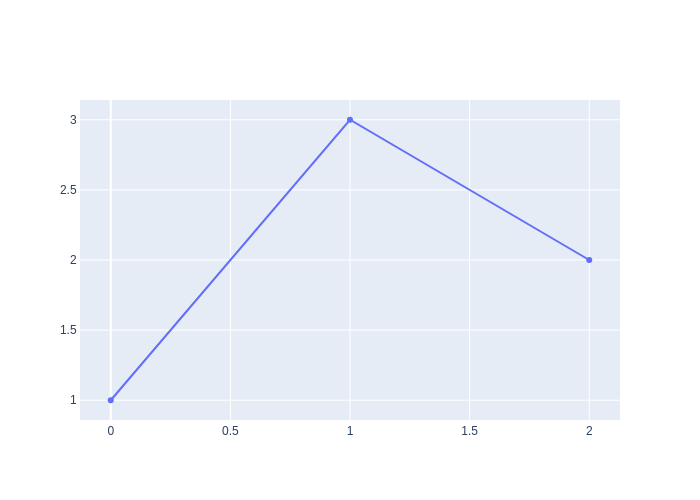 When the figure is displayed in a browser window, it's relatively straight-forward for a visualization library to provide an export-image button because it has full access to the browser for rendering. The difficulty arises when trying to export an image programmatically (e.g. from Python) without displaying it in a browser and without user interaction. To accomplish this, the Python portion of the visualization library needs programmatic access to a web browser's rendering engine.

There are three main approaches that are currently in use among Python web-based visualization libraries:

While approaches 1 and 2 can both be installed using conda, they still rely on all of the system dependencies of a complete web browser, even the parts that aren't actually necessary for rendering a visualization. For example, on Linux both require the installation of system libraries related to audio (libasound.so), video (libffmpeg.so), GUI toolkit (libgtk-3.so), screensaver (libXss.so), and X11 (libX11-xcb.so) support. Many of these are not typically included in headless Linux installations like you find in JupyterHub, Binder, Colab, Azure notebooks, SageMaker, etc. Also, conda is still not as universally available as the pip package manager and neither approach is installable using pip packages.

Additionally, both 1 and 2 communicate between the Python process and the web browser over a local network port. While not typically a problem, certain firewall and container configurations can interfere with this local network connection.

The advantage of options 3 is that it introduces no additional system dependencies. The disadvantage is that it only works when running in a notebook, so it can't be used in standalone Python scripts.

The end result is that all of these libraries have in-depth documentation pages on how to get image export working, and how to troubleshoot the inevitable failures and edge cases. While this is a great improvement over the state of affairs just a couple of years ago, and a lot of excellent work has gone into making these approaches work as seamlessly as possible, the fundamental limitations detailed above still result in sub-optimal user experiences. This is especially true when comparing web-based plotting libraries to traditional plotting libraries like matplotlib and ggplot2 where there's never a question of whether image export will work in a particular context.

The goal of the Kaleido project is to make static image export of web-based visualization libraries as universally available and reliable as it is in matplotlib and ggplot2.

To accomplish this goal, Kaleido introduces a new approach. The core of Kaleido is a standalone C++ application that embeds the open-source Chromium browser as a library. This architecture allows Kaleido to communicate with the Chromium browser engine using the C++ API rather than requiring a local network connection. A thin Python wrapper runs the Kaleido C++ application as a subprocess and communicates with it by writing image export requests to standard-in and retrieving results by reading from standard-out. Other language wrappers (e.g. R, Julia, Scala, Rust, etc.) can fairly easily be written in the future because the interface relies only on standard-in / standard-out communication using JSON requests.

By compiling Chromium as a library, we have a degree of control over what is included in the Chromium build. In particular, on Linux we can build Chromium in headless mode which eliminates a large number of runtime dependencies, including the audio, video, GUI toolkit, screensaver, and X11 dependencies mentioned above. The remaining dependencies can then be bundled with the library, making it possible to run Kaleido in minimal Linux environments with no additional dependencies required. In this way, Kaleido can be distributed as a self-contained library that plays a similar role to a matplotlib backend.

Compared to Orca, Kaleido brings a wide range of improvements to plotly.py users.

Kaleido starts up about twice as fast as Orca, and uses about half as much system memory.

Kaleido can operate inside docker containers based on Ubuntu 14.04+ or Centos 7+ (or most any other Linux distro released after ~2014) without the need to install additional dependencies using apt or yum, and without relying on Xvfb as a headless X11 Server.

Kaleido can be used in just about any online notebook service that permits the use of pip to install the kaleido package. These include Colab, Sagemaker, Azure Notebooks, Databricks, Kaggle, etc. In addition, Kaleido is compatible with the default Docker image used by Binder.

There were occasionally situations where strict security policies and/or firewall services would block Orca’s ability to bind to a local port. Kaleido does not have this limitation since it does not use ports for communication.

While this approach has many advantages, the main disadvantage is that building Chromium is not for the faint of heart. Even on powerful workstations, downloading and building the Chromium code base takes 50+ GB of disk space and several hours.

While motivated by the needs of plotly.py, we made the decision early on to design Kaleido to make it fairly straightforward to add support for additional libraries. Plugins in Kaleido are called "scopes". For more information, see https://github.com/plotly/Kaleido/wiki/Scope-(Plugin)-Architecture.

While Python is the initial target language for Kaleido, it has been designed to make it fairly straightforward to add support for additional languages. For more information, see https://github.com/plotly/Kaleido/wiki/Language-wrapper-architecture.

Instructions for building Kaleido differ slightly across operating systems. All of these approaches assume that the Kaleido repository has been cloned and that the working directory is set to the repository root.

The Linux build relies on the jonmmease/chromium-builder docker image, and the scripts in repos/linux_scripts, to download the chromium source to a local folder and then build it. Download docker image

Fetch the Chromium codebase and checkout the specific tag, then sync all dependencies

The above command will build Kaleido for the 64-bit Intel architecture. Kaleido can also be build for 64-bit ARM architecture with

Then fetch the chromium codebase

Then build Kaleido to repos/build/kaleido. The build step will also create the Python wheel under repos/kaleido/py/dist/

Then fetch the chromium codebase from a Power Shell command prompt

Then build Kaleido to repos/build/kaleido. The build step will also create the Python wheel under repos/kaleido/py/dist/

The above commnad will generate a 64-bit build. A 32-bit build can be generated using

The chromium-builder container mostly follows the instructions at https://chromium.googlesource.com/chromium/src/+/master/docs/linux/build_instructions.md to install depot_tools and run install-build-deps.sh to install the required build dependencies the appropriate stable version of Chromium. The image is based on ubuntu 16.04, which is the recommended OS for building Chromium on Linux.

To update the version of Chromium in the future, the docker images will need to be updated. Follow the instructions for the DEPOT_TOOLS_COMMIT and CHROMIUM_TAG environment variables in linux_scripts/Dockerfile.

The CMakeLists.txt file in repos/ is only there to help IDE's like CLion/KDevelop figure out how to index the chromium source tree. It can't be used to actually build chromium. Using this approach, it's possible to get full completion and code navigation from repos/kaleido/cc/kaleido.cc in CLion.