Store and send crash reports directly to the devlopers

CrashReporter creates reports from the traceback if your python code crashes. The reports can be uploaded directly to the developers via email or web server. If no internet connection is available, crash reporter stores offline reports and later sends them when possible.

Features of crashreporter include:

Implementing the crash reporter is easy. Just create a CrashReporter object. Configure the SMTP or HQ accounts for uploading of reports (optional) and you are good to go!

In the following example, we wil create a Person class that has an optional age attribute. We will then create two Person objects, one with an age and one without. When we attempt to combine their ages we get the following error:

The CrashReporter has several attributes that can be changed: 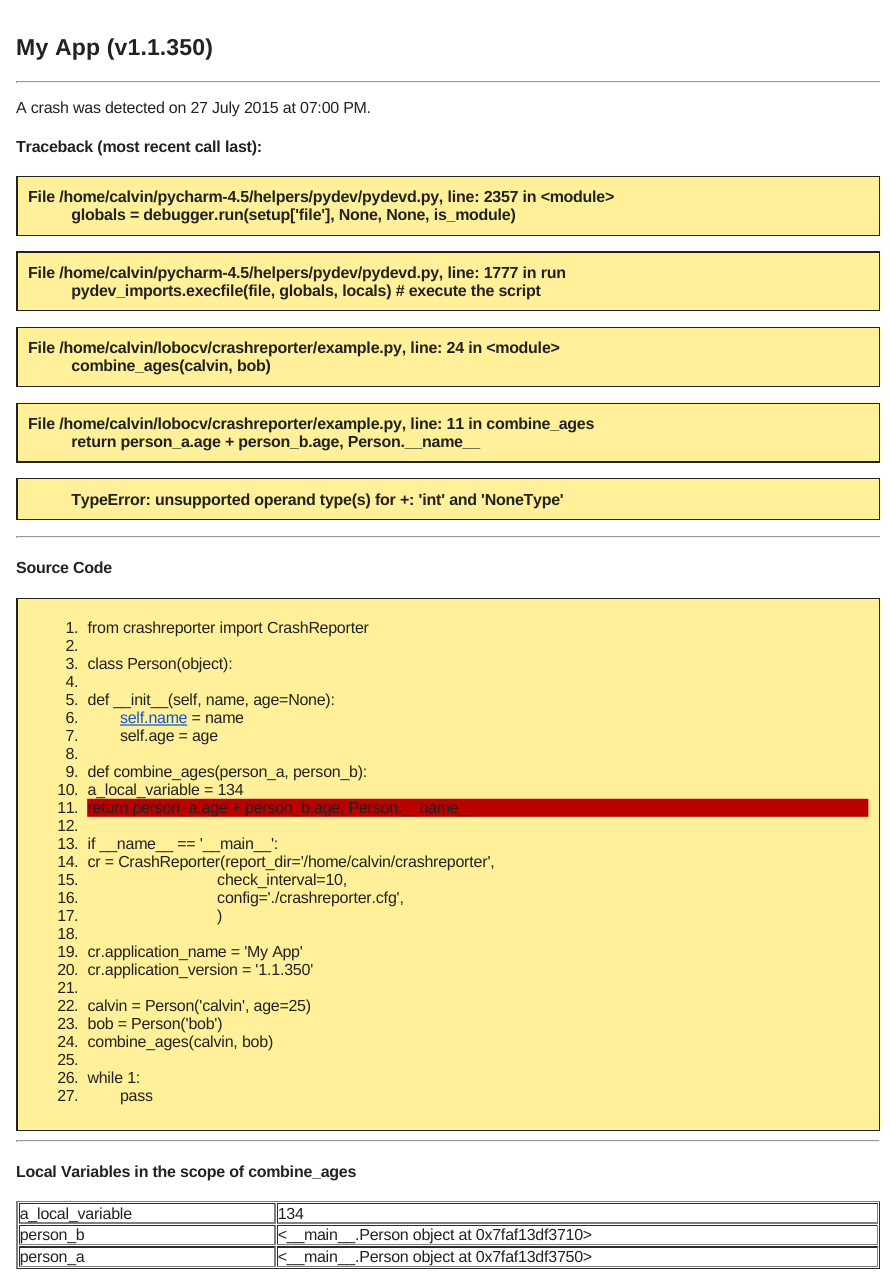