A modal passcode input and validation view controller for iOS

A modal passcode input and validation view controller for iOS. 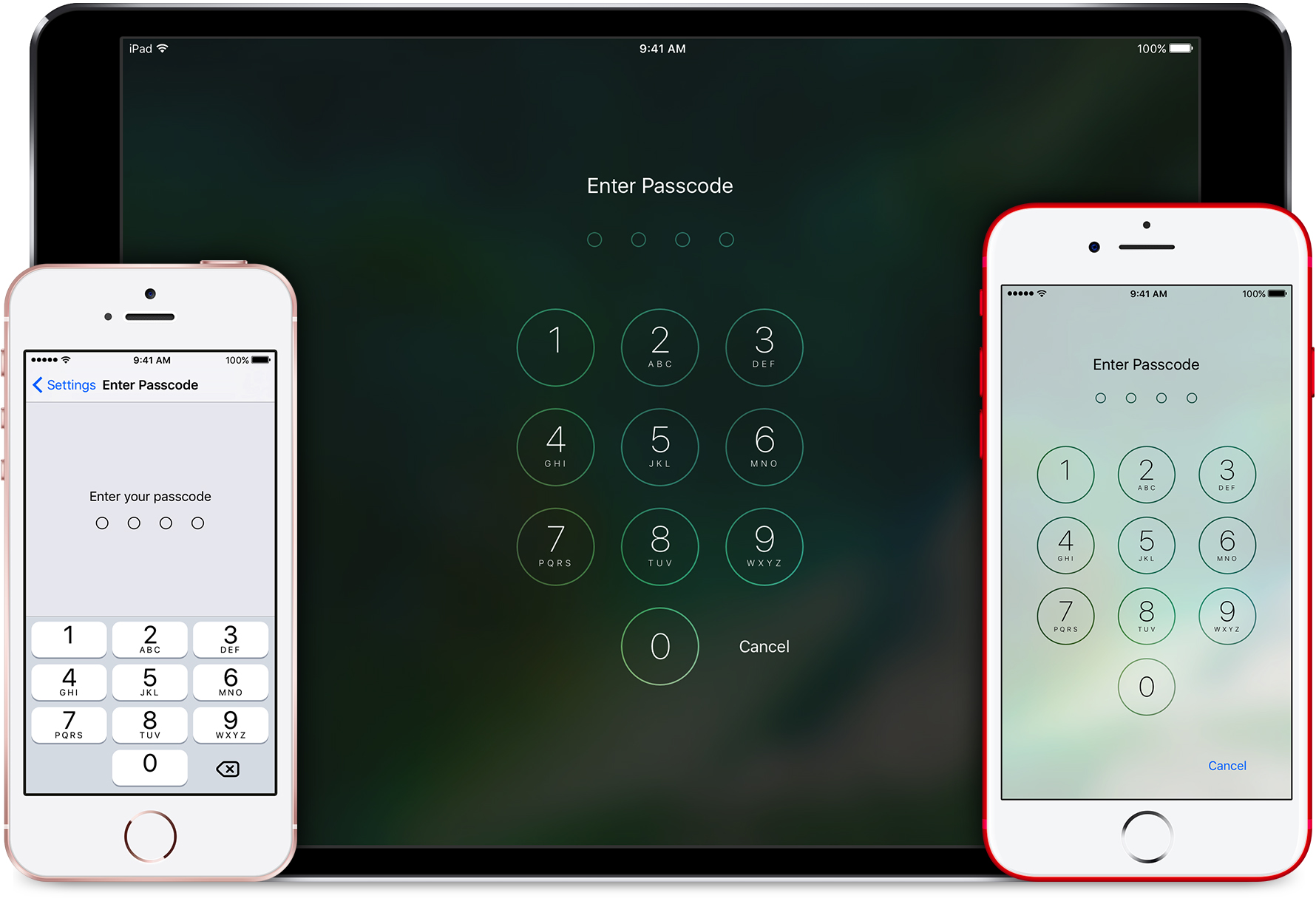 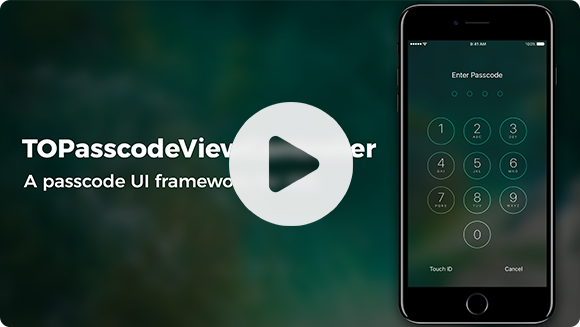 TOPasscodeViewController is an open-source UIViewController subclass that will overlay a full-screen passcode UI over an app's content. The user must enter the correct password into it in order to proceed, or hit 'Cancel' to exit the private part of the app.

This sort of UI is useful for certain apps that contain highly sensitive information (such as banking or health) where users may indeed want an extra level of security beyond the standard iOS passcode.

As a CocoaPods Dependency

Add the following to your Podfile:

As a Carthage Dependency

Download this project from GitHub, move the subfolder named 'TOPasscodeViewController' over to your project folder, and drag it into your Xcode project.

TOPasscodeViewController operates around a very strict modal implementation. It cannot be pushed to a UINavigationController stack, and must be presented as a full-screen dialog on an existing view controller.

This was an intentional decision for security reasons. Instead of every app using TOPasscodeViewController implementing the exact same validation and storage code path, you're free to custom tailor the way passcodes are handled in your app as you see fit.

No matter which passcode type, all passcodes in TOPasscodeViewController are handled as strings. When storing them in your app, they should be given at least the same level of scrutiny as full passwords. As such, I would strongly recommend you generate a salted hash of any user-defined passcode, and store both the hash and the salt in a protected location, like the iOS secure keychain, or an encrypted Realm file.

Because passcodes are treated as generic strings, if the user has selected a different passcode type (like an arbitrary numerical or alphanumeric one), you should also store that setting alongside the hash as well. 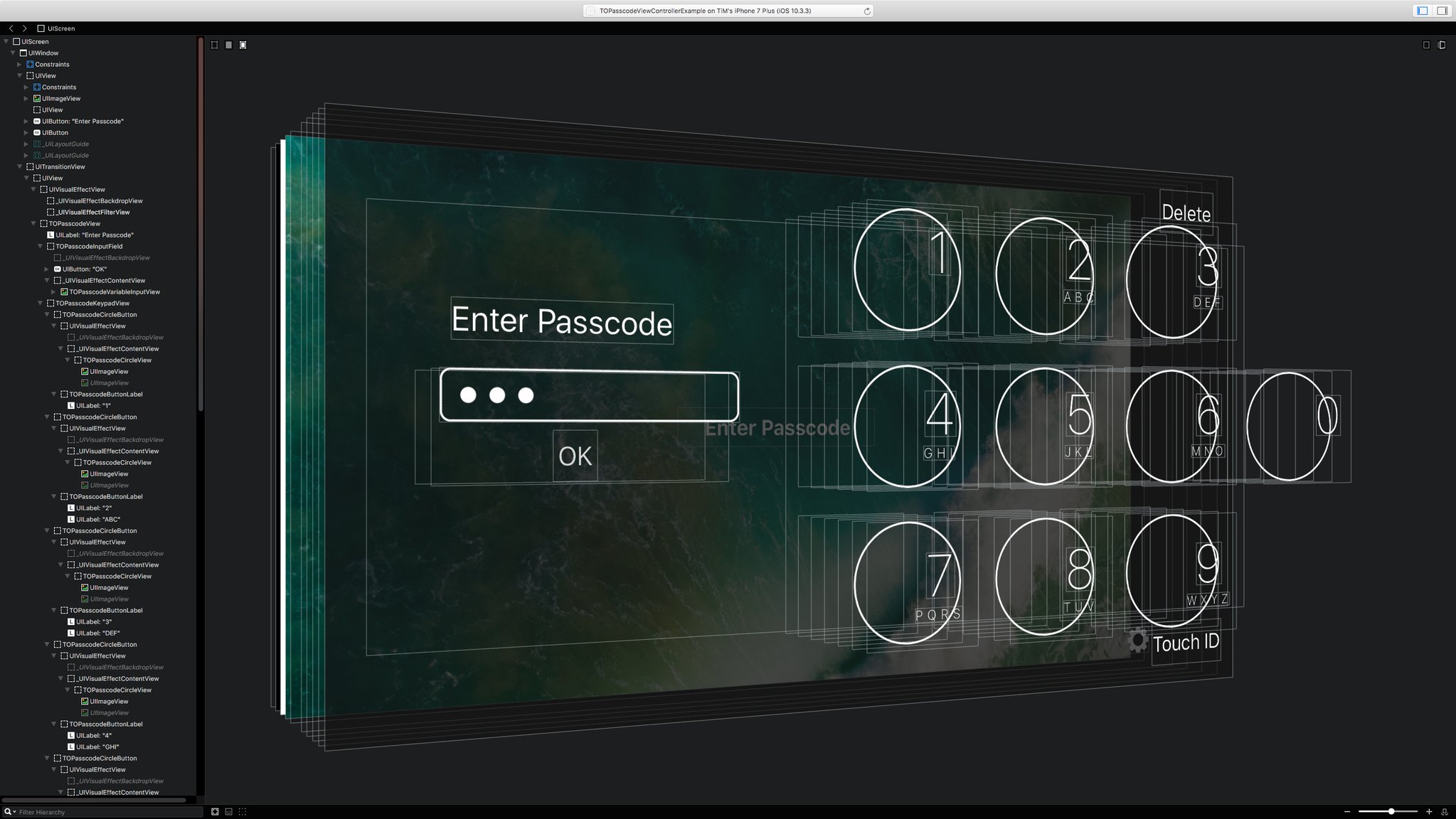 There's nothing too crazy about how this view controller was created. All reusable components are broken out into separate UIView classes, and an all-encompassing TOPasscodeView class is used to pull as much view logic out of the view controller (one way of solving the Massive View Controller problem.)

Depending on the screen width of the device (or if an iPad is using split screen), a single class manages all of the values for laying out the content with the appropriate font sizes, margins and cIrcle sizes. This was done to ensure maximum granular control over the sizing of elements per device. When transitioning between two of these sizes, all image assets are regenerated to ensure proper pixel scaling.

The view controller heavily uses UIVisualEffectView to produce its translucent effect. When dealing with these, I discovered a few interesting tidbits:

UPDATE: No. In it's current form, it's getting rejected from the App Store. See issue #31.

This is a tricky question. App Review guideline 5.2.5 states that apps can't produce UIs that might be easily confused with system functionality, but this rule is incredibly subjective and will ultimately heavily depend on the app reviewer at the time.

Since the default style and text for this view controller make it very easily confused with the iOS lock screen, I would strongly recommend making these changes before shipping:

All in all, this might still not be enough. If you do end up getting rejected by Apple for using this library, please file an issue here and we can look at what will need to be changed to let Apple approve it.

TOPasscodeViewController was originally created by Tim Oliver as a component for iComics, a comic reader app for iOS.

iOS Device mockups used in the screenshot created by Pixeden.

TOPasscodeViewController is licensed under the MIT License, please see the LICENSE file.