Parametric Animations! You can use this to create animations with arbitrary parametric time functions, and free yourself from the restrictions of bezier curve based time functions.

Several common time functions are provided but you can easily create your own from scratch, or by composing existing time functions. 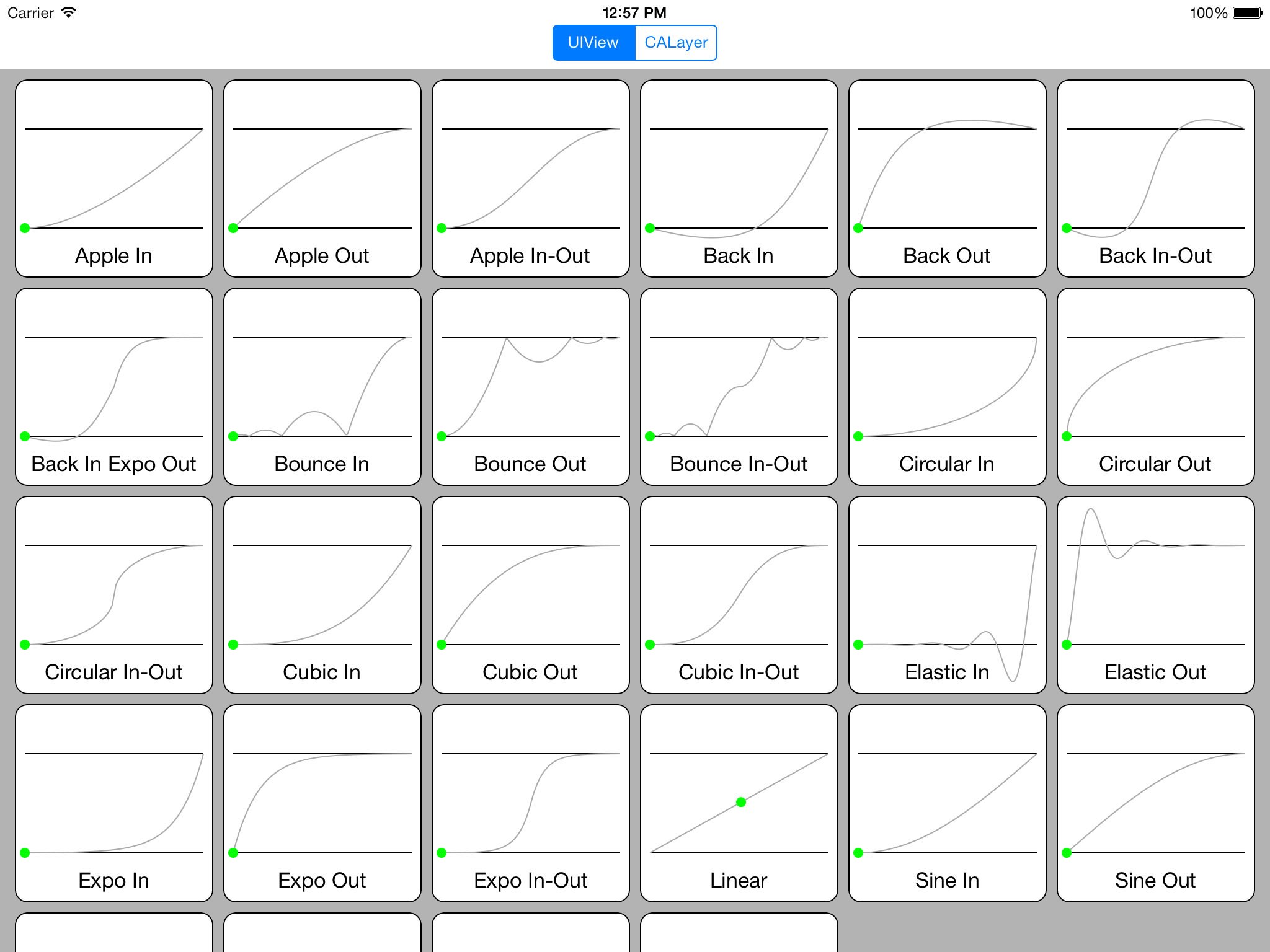 The inspiration for this came from Matt Gallagher's post here: http://www.cocoawithlove.com/2008/09/parametric-acceleration-curves-in-core.html

JMJParametricAnimation is available through CocoaPods. To install it, simply add the following line to your Podfile: