CategoriesDiscussions
Choose the right package every time
Openbase helps you choose packages with reviews, metrics & categories. Learn more
CategoriesLeaderboard
Sign up with GitHub
By signing up, you agree to our terms of service and privacy policy
Log In
What's Openbase?•Help•Send Feedback
react-native-packetzoom
npm i react-native-packetzoom At PacketZoom we designed from the ground up modern UDP-based network protocol with mobile apps in mind. This enables faster downloads, reduced latency, efficient and reliable data transfers between your app and the cloud. In addition to speed, one of the advantages of PacketZoom is that it handles seamless transition between networks without interrupting ongoing sessions. This is a unique advantage of the PacketZoom protocol over HTTP/TCP stack is already in production use with many mobile apps.

Today we're redefining how networking works for React Native apps, empowering them with PacketZoom sdk and our worldclass cluster of servers.

Following diagram shows overhead of establishing TLS/SSL connection over TCP socket on relatively fast wifi. The advantage of PacketZoom is that we have zero roundtrips to establish connection with our EDGE servers, small amount of data like API call is fetched from PZ server within single roundtrip as oppose to traditional multi-roundtrip TLS/SSL over TCP flow

Now consider more complex real world scenario. To give you some perspective of how much time it takes make an API call to your endpoint in AWS US East (N. Virginia) location from customer located in India on mobile network here some raw numbers

Thats a whole lot of time user have to wait for completing just single API call, she might already switched to another app or decided to check Facebook feed while waiting for your app to respond.

Where Control plane latency: Fixed, one-time latency cost incurred for RRC negotiation and state transitions: <100 ms for idle to active, and <50 ms for dormant to active.

We are not accustomed to measuring our everyday encounters in milliseconds, but studies have shown that most of us will reliably report perceptible "lag" once a delay of over 100–200 milliseconds is introduced into the system. Once the 300 millisecond delay threshold is exceeded, the interaction is often reported as "sluggish," and at the 1,000 milliseconds (1 second) barrier, many users have already performed a mental context switch while waiting for the response

There is a whole chapter (7th) dedicated to mobile networks. The book states that the problem with high performance is almost always tied to latency, we usually have plenty of bandwidth but the protocols gets in the way. Be it TCP slow start, the Radio Resource Controller (RRC) or suboptimal configurations. If you are experiencing poor latency only in mobile networks it's the way they are designed.

PacketZoom treats the actual mobile device as the destination for data packets, compared to legacy protocols that use only the device's IP address.

Treating the device itself as a unique destination allows PacketZoom to easily handle the intermittent nature of mobile connections in an intelligent, fault-tolerant way. So as your device moves across networks, any ongoing transfers can continue seamlessly something that is simply impossible with old-fashioned legacy protocols.

Here is another piece by PacketZoom CTO/co-founder Chetan Ahuja on [faster approach to DNS lookups] (http://www.infoworld.com/article/3133104/mobile-technology/why-your-mobile-connection-is-so-slow.html) which used in our stack.

React Native versions from 0.30 and above should work out of the box, we cannot guarantee that earlier than 0.30 will have smooth integration experience, it may require additional manual steps like rnpm for example.

The XMLHttpRequest API is built in to React Native. This means that you can use third party libraries such as Frisbee, Fetch or Axios that depend on it. Ultimately XMLHttpRequest API is implemented using native NSURLSession API on iOS side and OkHttp3 on Android where PacketZoom native sdk would eventually intercept them.

From now on all your Fetch API, Axios or Apisauce requests will be accelerated by PacketZoom. You can access all NewRelic'sque kind of network analytics data on web dashboard when you login under your account.

Drag PZSpeed.Framework from RNPacketZoom.xcodeproj to your app frameworks folder like shown bellow: Also make sure that the following frameworks and libraries are part of your project:

No additional changes required for Android 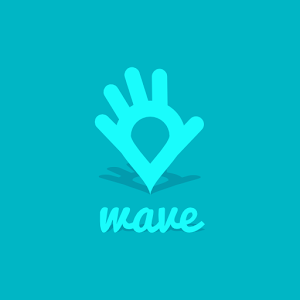