News FeedCategories
Choose the right package every time
Openbase helps you choose packages with reviews, metrics & categories. Learn more
Categories
Sign up with GitHub
By signing up, you agree to our terms of service and privacy policy
Log In
What's Openbase?•Help•Send Feedback
pod-server
npm i pod-server

This server implements version 0.7 of the Solid spec. This is a diagram of the layering of protocols: 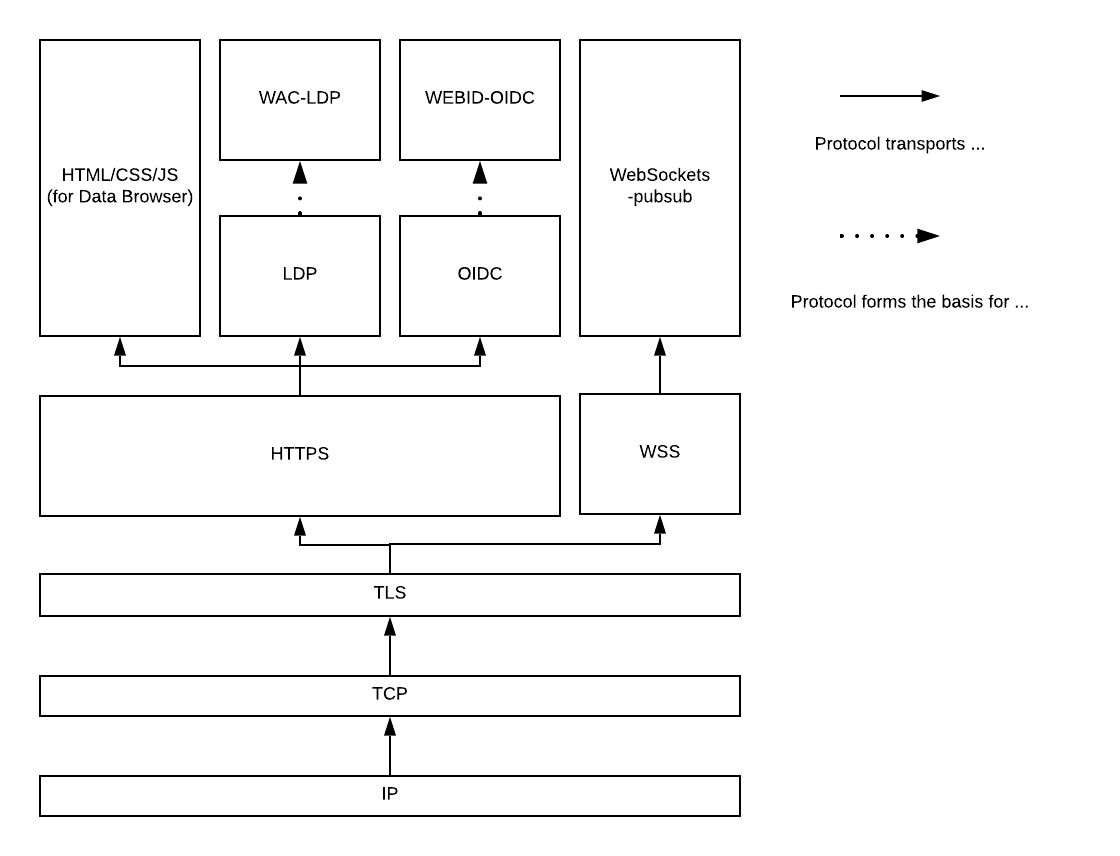 Functions of the server

Regardless of the layering of protocols, we have a layering of functional components in the software, which looks as follows: 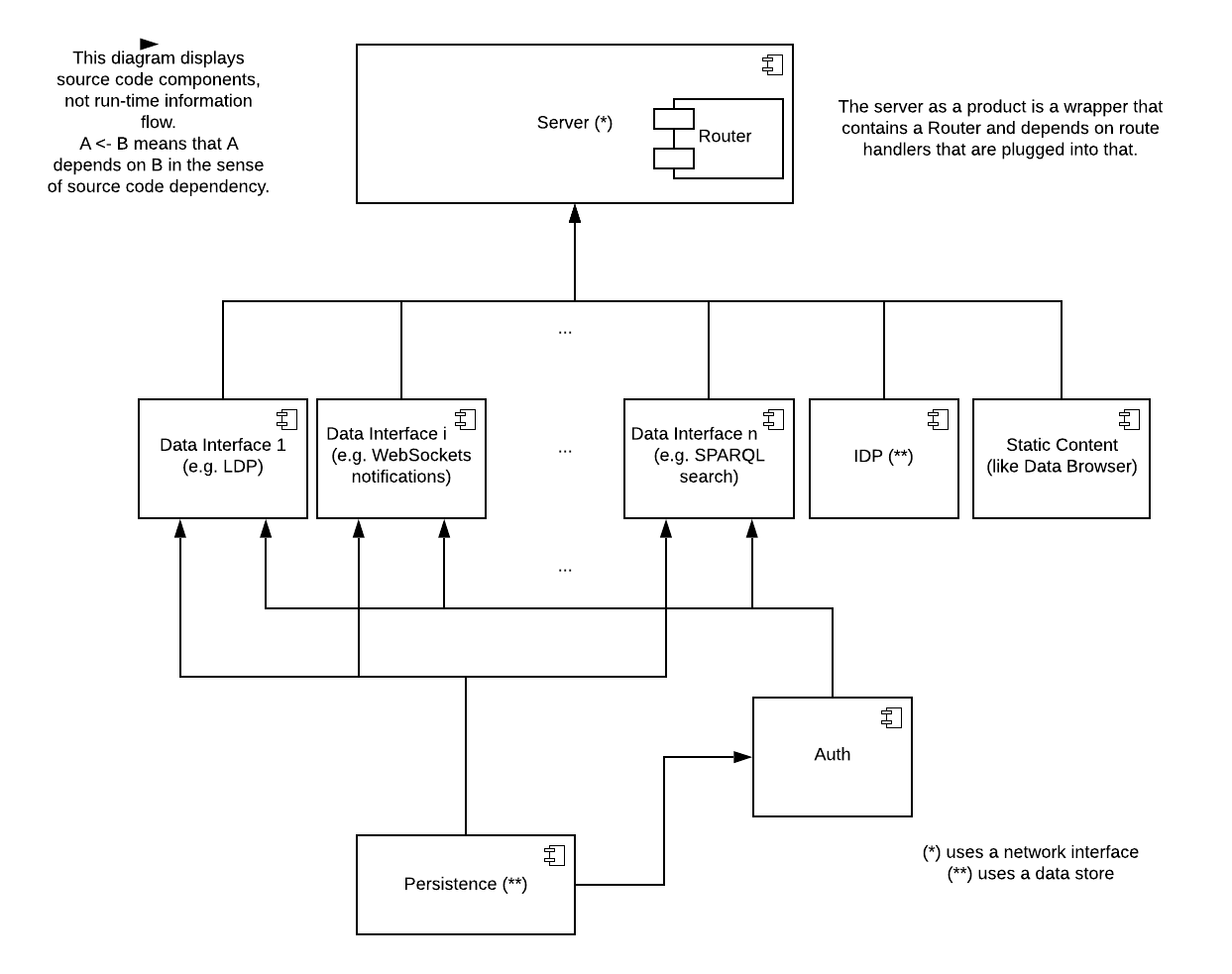 It shows how the different functional units of the server (persistence, auth, data interface, etc.) depend on each other.

This server delegates some of its functions to npm modules it depends on.

The solid-idp module implements the webid-oidc functionality. Note that a pod-server makes no explicit distinction between local and remote users. In terms of organization, each user gets an identity and a storage space, and that identity is the first to be granted full access to the empty storage space upon its creation. But in technical terms the IDP and the storage are almost entirely separate. The only two connections between them is that the IDP proves control of a profile URL (web id) that points to a document on the storage space, and that the IDP's authorize dialog will edit the list of trusted apps in that profile whenever the user authorizes a new third-party web app.

The IDP exposes a koa handler to the pod-server. Apart from that, it sends out emails for verifications and password reminders. It also exposes an event when an account is created or deleted, and its dialogs will do xhr edits to trustedApps.

The websockets-pubsub module exposes a 'Hub' object, with a websocket-onconnection handler and a publish method

Although some pod providers may choose to replace static/index.html with the data-browser. This is the content which the pod-server serves when a user visits the pod-server with their browser.

Published under an MIT license by inrupt, Inc.