CategoriesNews FeedCompare
Choose the right package every time
Openbase helps you choose packages with reviews, metrics & categories. Learn more
CategoriesCompare Packages
Sign up with GitHub
By signing up, you agree to our terms of service and privacy policy
Log In
What's Openbase?•Help•Send Feedback
move-issues
npm i move-issues
Deprecated
Package no longer supported.

This project is no longer maintained.

Move Issues is a GitHub App built with Probot that moves issues between repositories. 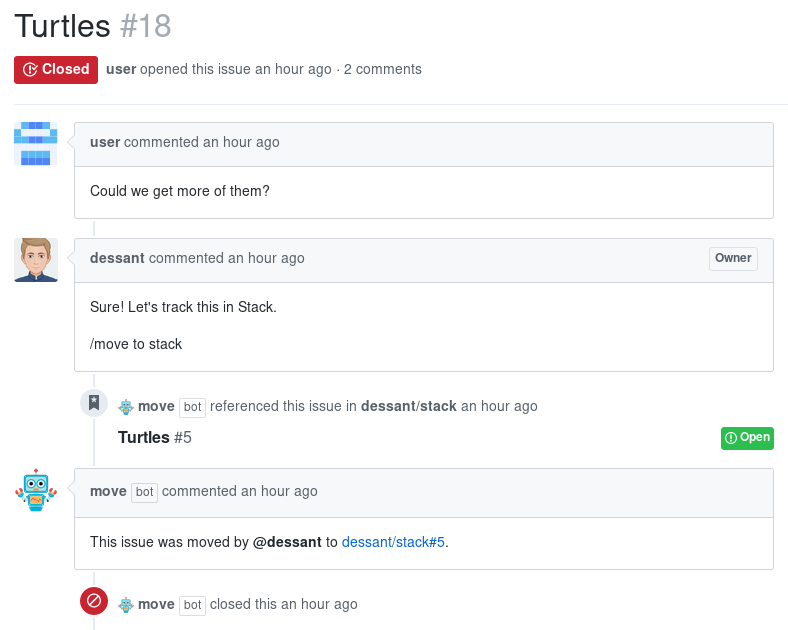 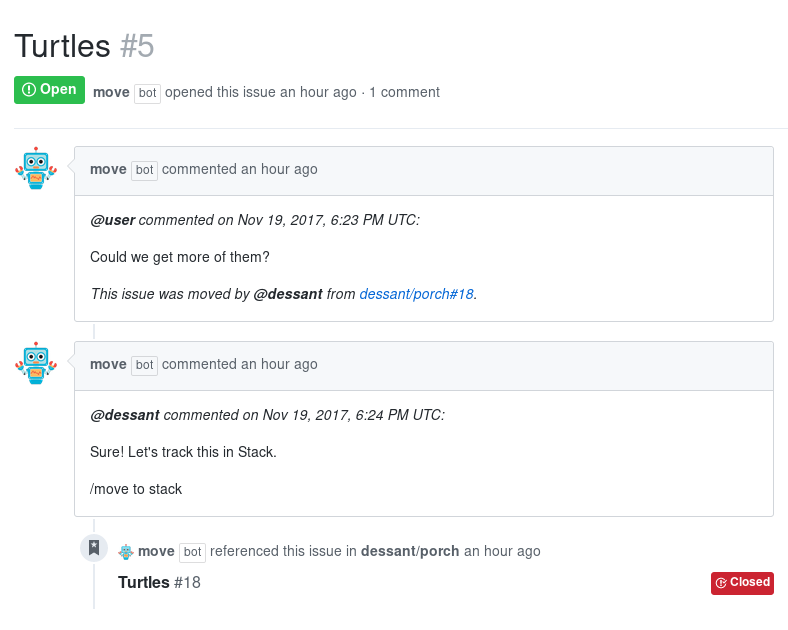 Users must have the following permissions in order to move issues:

If possible, install the app only for select repositories. Do not leave the All repositories option selected, unless you intend to use the app for all current and future repositories.

Create .github/move.yml in the default branch to enable the app, or add it at the same file path to a repository named .github. The file can be empty, or it can override any of these default settings:

See docs/deploy.md if you would like to run your own instance of this app.

This software is released under the terms of the MIT License. See the LICENSE file for further information.