A NodeJS based shell. Everything is an Object!

A NodeJS based shell. Everything is an Object!

To me, awk is powerful but really weird. Often times I want to get some information out of a command which gives a structured output but I get discouraged because I am really lazy.

Enter, awkward. It's a NodeJS based shell. It lets you run javascript functions on system commands.

Every structured data given as an output by shell commands or other binaries can be represented as a JS array and one should be able apply Array methods like map, forEach, filter on the data in a functional style.

Once the program notices that the user wants to run js functions, it runs the command and stores the result in an array. Let's take the example of ps:

And the functions you pass are evaluated as:
resulting_array.<functions_you_pass>.

Which actually is the only supported syntax, for now. One can only chain commands and functions like this:
(command).function((elem)=>{}) 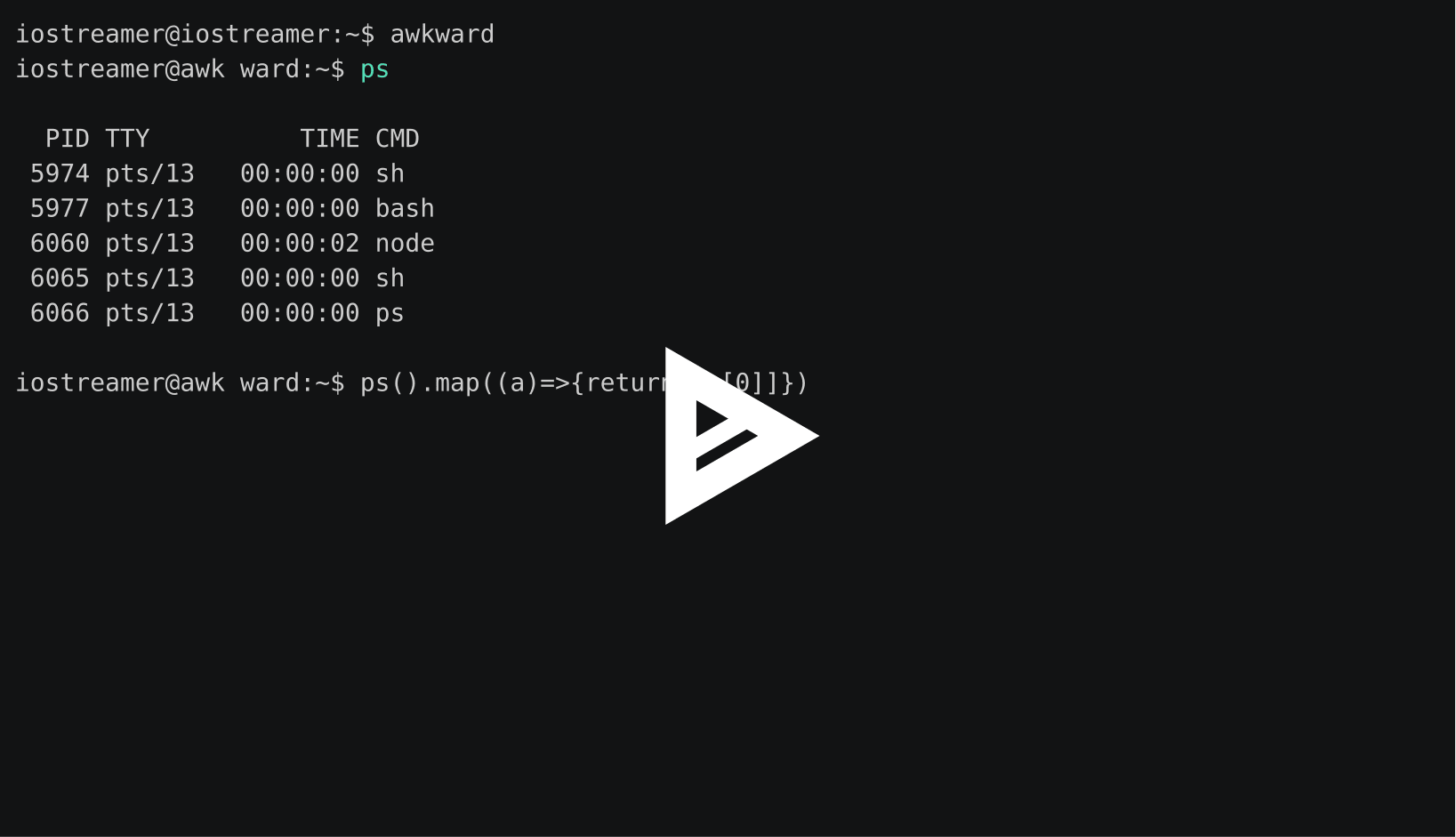