There are a lot of charting libraries for the web. Somehow, this one fills a niche that we think still exists. If nothing else, we find it useful, and will be using it ourselves! It's still super early in development, so expect lots of changes.

We're designing @carbonplan/charts with a few goals in mind:

It's also super light weight, depending only on react and theme-ui and some d3 utility packages. If there's interest we could probably factor out the theme-ui dependency so it's optional.

This package is most directly inspired by pancake, an experimental package build for svelte. The concept motivating pancake is that responsive charts that adapt fluidly to their containers without the need for redrawing can be built by carefully combining HTML for the chart and axes and SVG with viewBox for the graphical elements. It's like an SVG sandwich or pancake. Pick your favorite food metaphor. Rich Harris described the concept super clearly in a blog post. Without knowing about pancake, we started doing almost exactly the same thing a few months ago for our charts at CarbonPlan. There must be something to it.

However, to our knowledge, none of the existing charting libraries for JS help streamline this pattern. And pancake is built for svelte, whereas we're mainly using react. That's how we got here.

Also worth mentioning that we've used vega and vega-lite and d3 a lot. We love them, we're taking inspiration all over the place, and even using some d3 utilities under the hood. Incredibly grateful to the developers of those tools.

Here's a super simple scatter chart just to give you the idea.

This creates the following chart, shown with the light and dark themes of @carbonplan/theme. 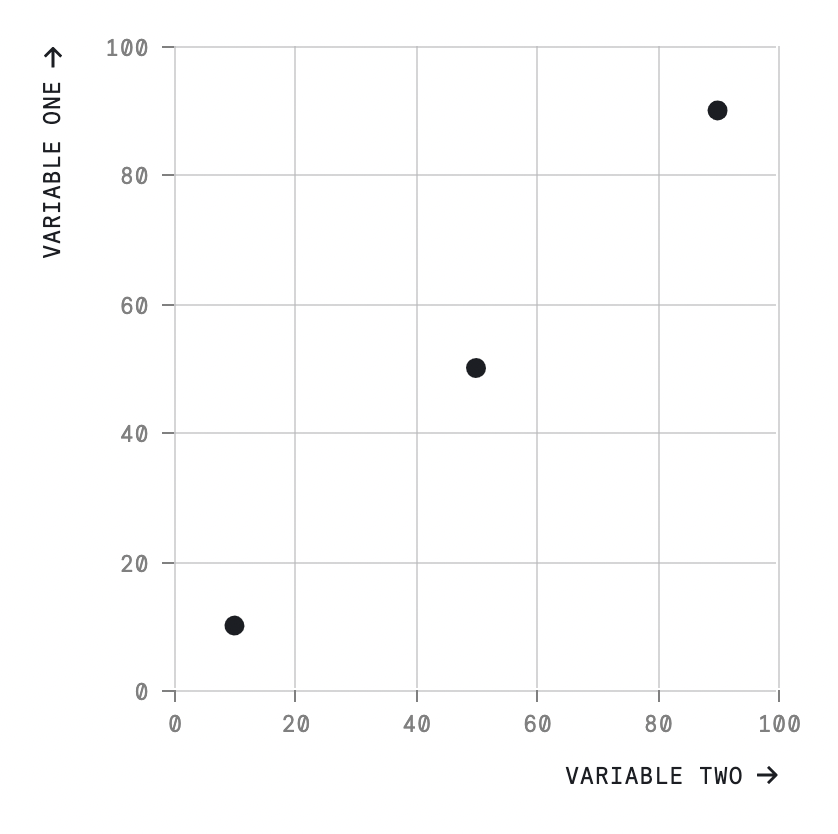 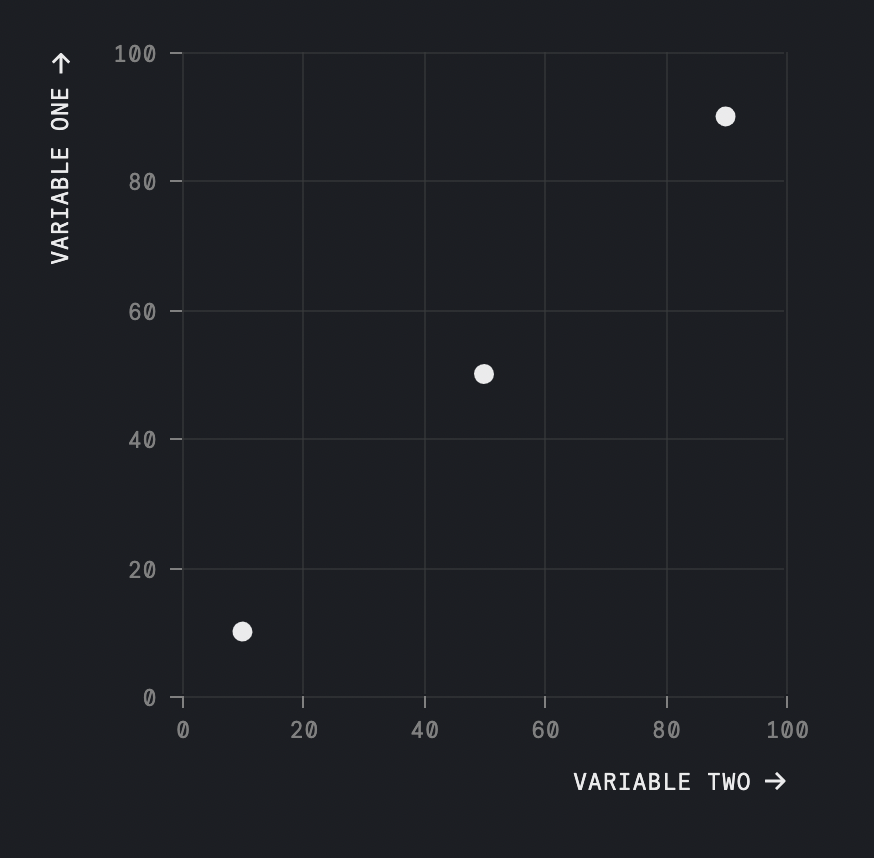 To update a component and publish a new version, first make your changes, then follow these steps

All the code in this repository is MIT licensed, but we request that you please provide attribution if reusing any of our digital content (graphics, logo, articles, etc.).

CarbonPlan is a non-profit organization that uses data and science for climate action. We aim to improve the transparency and scientific integrity of carbon removal and climate solutions through open data and tools. Find out more at carbonplan.org or get in touch by opening an issue or sending us an email.