News FeedCategories
Choose the right package every time
Openbase helps you choose packages with reviews, metrics & categories. Learn more
Categories
Sign up with GitHub
By signing up, you agree to our terms of service and privacy policy
Log In
What's Openbase?•Help•Send Feedback
@artsy/lint-changed
npm i @artsy/lint-changed

Lint files that have changed since master

This package is inspired heavily by lint-staged. Also checkout pull-lock.

We waste a lot of time of CI time doing unnecessary tasks. Why lint all your files when git already tells you which files have changed? @artsy/lint-changed helps by only running lint tags for the files that have changed since main (when not on main) or since the last tag (if you are on main).

The general purpose of this library is to run on CI, to reduce the amount of time between runs. It's similar to lint-staged in that it will take a list files that have changed (the diff between main branch and a PR, for example) and pipe them into a command. So rather than running all tests on CI one could instead run just the tests that have changed. See below for an example as well as the example app.

Add a lint-changed key to your package.json with a pattern of files to match and the command or commands you'd like to run for each changed file. Each command will be ran for every changed file that matches it's pattern.

And then add a new package.json script to run lint-changed on CI:

For the given configuration above if the following three files were changed...

You could expect the following commands to be ran

Note that baz.json would be skipped because it doesn't match with any patterns in the configuration.

By default Artsy will use main as the base branch for detecting changes. In case your default branch is not main you can let Artsy know what branch to use as a base branch. 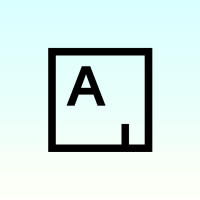 This project is the work of engineers at Artsy, the world's leading and largest online art marketplace and platform for discovering art. One of our core Engineering Principles is being Open Source by Default which means we strive to share as many details of our work as possible.

You can learn more about this work from our blog and by following @ArtsyOpenSource or explore our public data by checking out our API. If you're interested in a career at Artsy, read through our job postings!